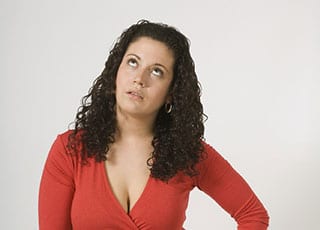 We know that marriage breakdowns often lead to divorce or separation, but researchers are still uncovering the early indicators that a relationship may be heading for trouble. However, long-term research involving married couples who eventually file for divorce has provided us with greater insight into the initial signs and symptoms of serious marital problems. One such warning sign is frequent eye rolling at your spouse’s comments – particularly when not followed up with a positive interaction.

Findings by John Gottman, a leading divorce-prediction researcher at the Gottman Institute and University of Washington psychology professor, state that stable marriages have at least a five-to-one ratio of positive to negative interactions between spouses. Gottman and his colleagues have recorded and examined footage of thousands of couples to compare the number of positive facial expressions, body language, and comments between spouses to the number of negative expressions and interactions. Among the negative reactions that Gottman has observed, eye rolling at a spouse can be an indicator of poor marital integrity and can be a factor in predicting divorce. If the ratio of positive to negative interactions between couples begins to shift to include more negative displays, such as eye rolling, the risk of divorce increases.

Warning signs that your marriage is at a heightened risk of divorce down the road are not always obvious in the present. Most couples cannot easily or accurately track their number of positive and negative expressions without the observation of researchers. What everyday couples can do, however, is try to increase the number of positive interactions after a single negative display, which can help ensure the five-to-one ratio noted by Gottman is kept in balance.

As divorce prediction research reveals more about the early indications and behaviors that can put your marriage at risk, couples can work to curb negative behaviors, such as eye rolling, to help potentially prevent larger marital issues in the future.