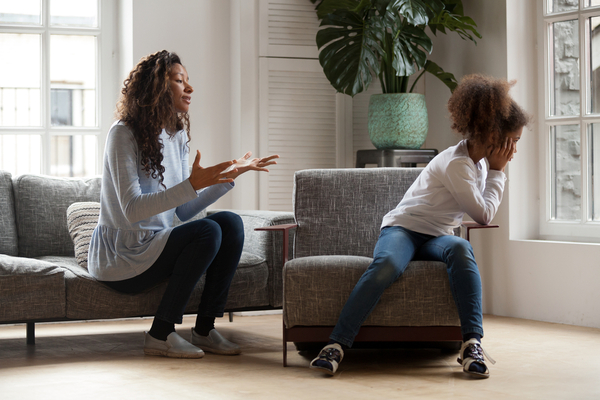 Co-parenting after divorce isn’t easy. While some people can co-parent without hostility, others find it challenging to let go of hatred towards their ex-partner. Unfortunately, this can result in high-conflict custody disputes where one parent sabotages the other parent’s relationship with their child for selfish reasons. The children are caught in the middle, and some parents may even resort to lying just to turn a child against their own parent. When involved in a high-conflict custody dispute, you may start to notice signs of parental alienation.

The term “parental alienation syndrome,” or “PAS,” was coined by psychologist Robert Gardner. It describes a psychological condition where one parent manipulates their child to turn them against the other parent. Other acceptable terms include: “programming,” “brainwashing,” and “indoctrination.” It all describes the same behavior when an alienating parent influences the child’s view about the other parent through deceptive tactics. Ultimately, the goal of the alienating parent is to destroy the child’s relationship with the other parent.

Even though the psychological term has been around since 1985, the law has been slow to catch up. Many states haven’t yet adopted a regulatory scheme into custody laws.  But, that doesn’t mean that an alienated parent has no legal fight against parental alienation. Family courts have found that parental alienation clearly exists and that it’s a form of emotional child abuse that cannot be tolerated. However, documenting it is difficult because it’s often done outside of the alienating parent’s presence.

In some cases, the child’s rejection of a parent may be justified. The child may reject their parent because they are being abused or severely neglected. In these circumstances, there is no case for parental alienation.

How Does Parental Alienation Take Place?

In-depth studies describe the most common alienating strategies. They include:

Since these behaviors usually occur outside of the alienated parent’s presence, it’s difficult to know whether this conduct is happening. It can be even harder to gather evidence to prove to a court that this behavior exists. However, if you suspect that you are the victim of PAS, it’s crucial to document evidence.

In the world of electronics, there are many places to look for documentary proof. Cell phones can hold troves of evidence, especially when the alienating parent text messages the child. In one case, the alienated parent was lucky enough to find messages on the child’s phone. The father told the child that he had “a right to be ugly to [his mother],” that she was “mentally ill,” and that nobody “likes her so [the child didn’t have to either].” Printing out those text messages and safely storing them in a file immensely helped prove the case.

For younger children without phones or email, it can be a little trickier. If, after spending time with their mother, a child starts saying, “Daddy is a bad guy,” or “Daddy never wants to see me,” those statements can form the basis of parental alienation. It should be written in a journal. The alienated parent should also confront the parent about the comments and print out a response. If it’s frequent, it can be used as evidence of bad-mouthing one parent, especially when combined with other signs.

When your relationship with your child changes overnight, or your child begins to express negative emotions against you without knowing why, those could be signs of parental alienation. Recognizing those signs are essential.

In some extreme cases, a child can display actions that show outright hatred or fear towards the targeted parent. But not every case will be so black and white. Some signs may be subtle and include:

How to Document A Parental Alienation Case

If your child tells you that your ex-partner said, “Your Mom doesn’t want you to spend time with me.” Or “she does everything to keep us apart because she hates me, and she wants you to hate me too.” Such comments may be evidence of brainwashing, forcing the child to turn on a parent with no guilt. Email the alienating parent about the specific comments and ask what they meant by it. Printing out the response and storing it in a safe place for future use will be wise. Even if not for a legal custody battle, it could help a therapist understand the severity of the PAS.

Keeping a journal to document changes in the child’s behavior and re-occurring negative comments can be helpful. As the years pass, it will be challenging to go back in time to remember dates. Even hurtful words may be forgotten over time. Having specific comments with dates will help demonstrate a pattern of the alienating parent’s detrimental conduct.

A parent who uses a child in a divorce or custody proceeding can cause depression and other emotional harm to their own child. If you believe that you and your child are the victims of parental alienation, you could petition the court to change the current custody arrangements. Filing a child custody modification is a complicated matter, primarily when one parent is alleging parental alienation. Both parties might be calling each other liars, and clear proof is vital so that the judge can make a ruling.

The family law attorneys at Boudreaux Hunter & Associates, LLC are passionate about helping families move through and recover from complicated processes. Our team handles a wide range of family law matters involving divorce, child custody, spousal support, mediation, paternity, and more. We are also certified mediators and use a team approach to resolving matters. www.bhlawtexas.com