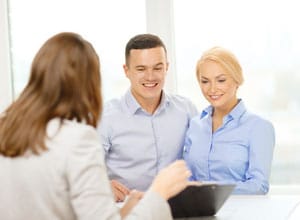 It’s a document that’s entered into before the marriage by the parties before they celebrate the nuptials, and is then effective upon their marriage. The timing is significant. Presumably there are few, if any, major disputes between the parties at the time, or a few months before the marriage. Nothing has really had an opportunity to go very wrong at that point in time, and the parties can memorialize their philosophy in writing.

Potentially they save themselves tens of thousands of dollars in legal fees if they’re later fighting over things which they had previously agreed upon, assuming that the court finds the premarital agreement to be valid and is accepted by a judge. It then controls all of the issues which it addresses, and takes all of those issues out of the controversy in the ensuing divorce litigation, concretely streamlining the process.

A prenup can address the property division of assets that are owned before the marriage, assets that are acquired after the marriage, as well as spousal support – or what we oftentimes refer to as spousal maintenance. It can address issues related to attorneys’ fees that might be incurred in the divorce and can talk about estate planning, and the allocation of any debts that the parties may have.

The only topic that’s completely out of bounds in a prenup in Illinois relates to the custody and living arrangements for children. Equally out of play then would be child support or any allocation of college expenses. But essentially any other issues that might arise between parties are fair game for treatment in that prenup context.