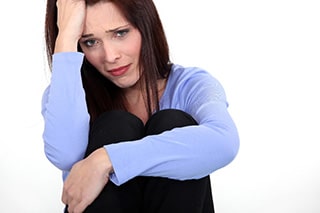 I was a judge on the divorce bench for 20 years, and I watched the wreckage of the corrosive legacy of parental alienation and visitation interference play out over decades. We have no statistics for measuring this group because the number of victims is too vast. But the concentric circles include the children, the grandchildren, and the extended family as well. The declaration of war by one parent on another creates radioactive fallout that contaminates the family for generations.

The alienating parent treats the target parent like a disease in the child that must be removed. They make the child’s survival contingent upon such removal. So the child must extricate the parent without the privilege of grieving the loss. These are crippling circumstances.

I have witnessed impassioned declarations of love for a child by an alienating parent to masquerade the venom he/she feels for the other parent. Parents who do this are not interested in mere control. Their stakes are higher: total annihilation of the target parent’s bond with the child. Little by little, alienation in a divorce case starts to take root. And when it fully takes root, I see the child’s boundaries collapse before my eyes. Soon the child forgets how to protect him or herself, and must align with the alienating parent as if life depends on it – because it does.

Perhaps curing this degenerating influence may, in the future, be addressed by therapy. But for now, we can and we must do better. I want to tell you how to be proactive in court, and how to fight against the inclination to give up like so many hurt, alienated parents – who are, frankly, not always welcomed in the courts.

Why Cases Involving Parental Alienation are so Difficult

Here are some reasons parental alienation cases are so difficult, and why judges often have no love for them:

What You can Do in Courts

Despite these difficulties there is plenty that you can do. Here are some suggestions for handling parental alienation in the courts:

You may be among the many alienated parents I have known, who have grown weary due to the repetitive stress fracture on your heart. Each time your visitation is interfered with, it has a cumulative hyper-sensitive, which easily magnifies your emotional response.

Because your emotions are flooding your ability to reason, writing and rewriting a petition with your attorney is a rational thing to do and gives your thoughts “breathing time.” If you immediately act upon your anger, you are just going to make things worse – and perhaps run the risk that the other parent will get an order of protection against you. Reflect upon the past consequences of your amped-up anger. Did you write nasty emails, make hostile phone calls, yell at your child, become overly aggressive, or decide to retreat and do nothing?

The way to tell if your anger serves you is to always ask yourself the following four questions:

If your reactions are based upon what has been done to you, you can only respond with hatred. When you do this, you give the alienating parent the “upper hand,” because he or she has provoked you to become the hateful person who they are portraying you to be to the children. Don’t let someone else provoke, influence, and therefore control how you behave. you run the risk of actually becoming as miserable and dysfunctional of a person as they’re trying to portray you to your children. When you react with hatred, you not only play into their hands, you’re letting them steer your ship, letting them determine your present and future.

When Your Children Come Home, Who do You Want Them to Come Home to?

As you read this, you may be on the edge of giving up. You may be starting to feel that nothing can work against your former spouse’s devotion to destroy your relationship with your children. Even though you may be physically invisible to your children, you will always be visible to them through stories, gossip and second hand reporting from all sources. When we lose a loved one, we often decide to live the way that the departed person would have wanted us to. In the same spirit, when you lose a child to alienation, you need to live as if he or she is watching you. Your long-term goal is to become the person your child wants to come home to.

Michele F. Lowrance was a domestic-relations judge in the Circuit Court of Illinois for 20 years; she is now a practicing mediator. A child of divorce who was raised by her grandparents, Judge Lowrance has been divorced and has devoted her professional life to helping those similarly situated. She is the author of The Good Karma Divorce (Harper Collins, 2010) and co-author of the Parental Alienation 911 Workbook (Parental Alienation 911, 2012). www.michelelowrance.com