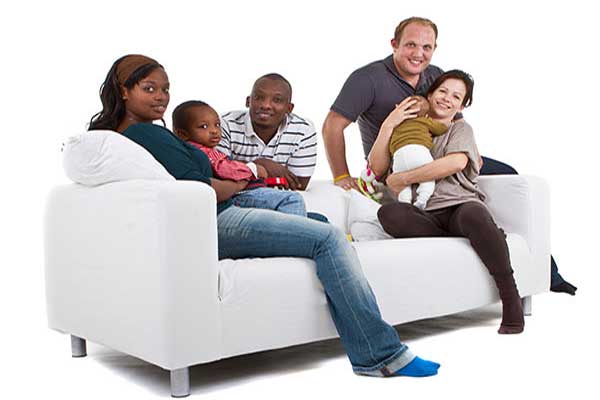 Getting married, becoming a parent, and navigating family life isn’t always easy, but blending two families comes with its own unique challenges.

According to the 2019 American Community Survey (ACS), there are 59.9M biological children, 1.4M adopted children, and 2.4M stepchildren in 32.5M American households.

And according to the latest available data from Statistics Canada (2011), of Canada’s 3.7 million families with children, 12.6% of of them involve stepparents/stepchildren, a number that is steadily rising.

Unfortunately, a 2009 study from The Vanier Institute titled Divorce: Facts, Causes, and Consequences found that remarriages after a divorce have a higher rate of dissolution and are at greater risk largely because of the “complexities of reconstituted families.”

In the US, the Bureau of Census found that 66% of couples who live together or are remarried will break up when there are children involved.

Blended families are complex situations emotionally, legally, and financially – and they require the right approach, knowledge, and preparation for success.

Many second relationships happen a little later in life, when two people may already have significant assets, children from a previous marriage, or even a business. Parents have likely decided how they plan to leave their legacy to their children, and often have made them aware of these plans. In a remarriage, the arrival of a new spouse may create mistrust or fear among the children of the first relationship if they perceive the new spouse as a threat to their future inheritance.

If either spouse has been previously married, they should speak openly – and early on – about their expectations around money and financial responsibilities. For example, if they decide to move in together, they should discuss how expenses will be shared, and whether the monthly payments will give rise to an ownership interest in the property, particularly if it is previously owned by one of the spouses.

It’s also wise to share their plans for their legacy and understand what each wants to leave to children from a previous marriage and any additional children they may have together.

Given the sobering statistics on divorce, cohabitation or marriage agreements (also referred to as domestic agreements) are a valuable tool, particularly for entrepreneurs and those who are already parents. They offer protection to both parties and let couples plan not only how their assets will be divided in the event of a separation, but also what should happen if one of them dies while they’re still married.

A domestic agreement is different from a Will. A domestic agreement governs the way of dealing with certain financial issues such as support and division of property in the event that there is a breakdown of the relationship. The breakdown can be caused by separation due to irreconcilable differences or by the death of a party.

A Will, instead, governs the way in which your assets are distributed upon your death and can name trustees to administer funds for minor children.

If drafted properly, the domestic agreement will prevail over a Will. For example, a couple may have a domestic agreement that clarifies that if there is a separation, each will keep the assets in their sole name, and any assets that each has accumulated during their life together will not be divided.

Similarly, if there are minor children, the Will can elect adults to administer the funds until they are entitled to receive the funds according to the terms of the Will.

Tell Your Kids About Your Cohabitation or Marriage Agreement

While you don’t owe any explanation to your children, no matter how involved they may be in your business or in your affairs, it may be wise to advise them of your wishes as outlined in the domestic agreement, once it’s finalized. Presented in the right way, this may alleviate some of their fears that the new spouse will “take” their inheritance.

In fact, this approach worked well in a recent case file. Frank*, an elderly man was recently widowed and had quickly met a nice younger partner, Jane*. Frank was previously married and by now, had amassed a considerable fortune. One of his three children was working in one of his businesses and his two other children were highly aware of, and protective of, his wealth – their future inheritance.

When we negotiated the domestic agreement in advance of their upcoming wedding, we guided Frank on how to broach these issues with his children in a way that would make them feel confident that the estate would be protected. Frank let the children know that he was in the process of negotiating a domestic agreement that would be respectful of their inheritance, but he also explained that he loved Jane and wanted to make sure she too was well taken care of. He asked his children to accept his choice.

We will never know if this helped the children to be more welcoming towards Jane, but at least Jane felt that Frank did what he could to explain to his children that he had dealt with his assets and his estate with both them and Jane in mind.

Not having this conversation with the children from the first marriage may make it impossible for them to ever accept the legitimacy of the relationship with the new spouse.

Blending families successfully is a process that can take years. Along with lifestyle changes, it requires making some complex financial decisions that are challenged by strong emotions. However, with the right guidance, patience, and collaboration, stepfamilies can create supportive and financially secure plans for both adults and children.

*Names have been changed to protect the privacy of individuals.

Nathalie Boutet, based in Toronto, is an experienced family law lawyer, accredited mediator, and certified Family Enterprise Advisor™ skilled at providing unique strategies and out-of-court results to the complex legal, financial, and human matters related to separation or divorce for high-net-worth families and business owners. www.boutetfamilylaw.com