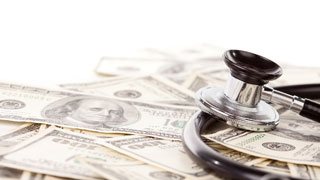 COBRA coverage is for continuing health care coverage for up to 36 months after divorce. This is still in effect; even with Obamacare you can still get this. The government doesn’t call it COBRA, but it’s COBRA-type coverage. You can get up to 36 months of health care coverage. You have to pay for it through the government upon divorce, but if you get a share of the federal civilian pension or a share of the federal civilian survivor benefit, you can qualify to stay in the federal health care system for life – as long as you don’t lose the pension or the survivor benefit. The difference for all of that is, it’s a cheaper rate to be in the federal health care system as a pension participant – even if you’re not drawing the pension yet – than just as a divorced spouse.

Oftentimes, even when the pension is not being divided between parties who have a short marriage – less than 20 years, less than 10 years – the divorcing spouse may be given a dollar-a-month federal civilian pension benefit, so they can qualify to go in the health care system until and unless they get outside employment or they may just want to keep it. It’s no skin off the employee’s nose because they’re not paying anything – because they’re actually not retired – and then when they retire, they’re not going to notice a dollar a month. That’s a key thing to look for.