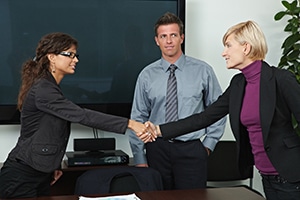 Ever wonder how often arbitration and mediation are used as dispute resolution methods? Family lawyers Heather Collier and Erik Arena are here to give their insight.

How often are arbitration & mediation used as dispute resolution methods?

I’ve only seen a few cases diverted to arbitration in my 12 year career, each of them were post-divorce enforcement or contract interpretation disputes. All of them elected for binding arbitration and each decision was made either prior to, or just after litigation had been initiated. And by the decision, I mean the decision to elect for arbitration. The hope was that arbitration would produce a just result in a more timely and less expensive manner than in litigation.

Conversely most of my cases end up in mediation on either the custody or financial issues, or both at some juncture either before or after the suit is initiated. This is due in part to the Maryland courts mandating that efforts be made to resolve each case via alternative dispute resolution before being scheduled for trial. Whether or not those cases result in mediation or as a result of progress made at mediation is an entirely different conversation. In my experience the closer one comes to losing control over the outcome, the more likely one is to compromise.

Family lawyers Heather Collier and Erik Arena are partners at Dragga, Hannon, and Wills law firm in Rockville Maryland. Heather has been recognized as a “Super Lawyer” in the area of family law for the fourth consecutive year, and selected to the Super Lawyers’ list of Top 50 Women Attorneys in Maryland. Erik has also been named a “Super Lawyer” in family law, and a “Best Lawyer” in Maryland family law by Best Lawyers in America. To learn how Heather, Erik, and the team at Dragga, Hannon, and Wills can help you choose the right dispute-resolution process for your divorce, please visit DraggaLaw.com.