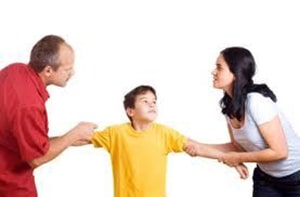 The place to start with that is to actually hire a lawyer who actually does this as a substantial portion of their practice. You need to be represented by someone who has been through this a number of times, who’s familiar with the court, who’s familiar with what the specific judges are looking for that the case is going to be in front of. By hiring the right lawyer upfront, you significantly improve the odds of a favorable outcome. Once you got the right lawyer in place, there are a couple of things that the parent will be asked to do that will be of assistance. The first is to document their activities. There should be a daily diary that’s kept. The lawyer will express his or her preferences as to what form that’s going to take: it might be electronic, it might be pencil and paper. It’s going to include different kinds of activities, different things that the children are involved in, the interaction between the child or children and the other parent.

There is a lot of information that the parent is going to be asked to keep track of, and the lawyer will give a direct instruction to the client as to what form that needs to take. Of course, the other thing that probably goes without saying, but it seems to be something that comes up pretty often, and that is you really need to be candid with whomever it is that you hired or represented. None of us are perfect as parents, we all have our own shortcomings; those shortcomings need to be candidly disclosed to the attorney who’s going to represent you. That person can help you not only deal with whatever shortcomings may have existed but make sure that those kinds of situations don’t arise again in the future and prepare to deal with what undoubtedly is going to be raised as an issue in the case. Candor between the attorney and the client is just critically important if there is going to be a successful outcome.