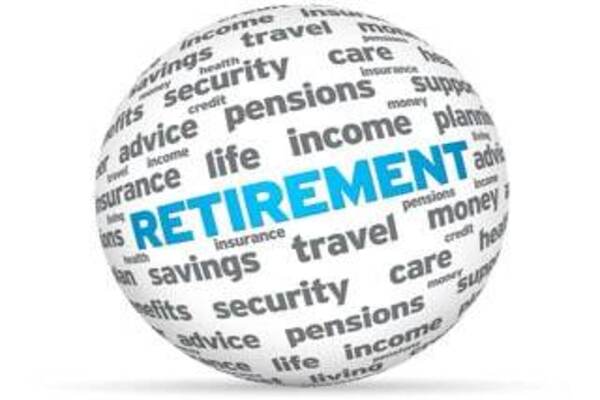 The pension plan in your divorce is something you should start thinking about right away.

A former client of mine was married to a Lt. Col. in the US Air Force for 34 years. She and her husband had 4 children and had lived, as is a common story, all over the United States and abroad. They had met when they were still in school and were married from her husband’s first commission until one or two years before the end of his career. My client referred to his military retirement as “our retirement.” “Jude,” she said, “I traveled all over the world with that man, for his career, on the promise that we would get to retire together. I never had a career myself. I homeschooled four kids, made the home for him and spent many tours of duty being a single parent for months on end, worrying about his safety. That is why it is our retirement.”

The Colonel did not feel the same way. For many years, it was common to have the husband very emotional about “his” pension and the wife emotional about “her” house, but things have changed.  Today there are many two-income families, sometimes with multiple pensions between them.  Some men have been in the non-union trades or were self-employed (which means no retirement), while women have made excellent, high-paying careers with pensions in school districts, hospitals, and local, state and federal government. I have found, anecdotally, that women are equally as emotional about “their” retirement benefits as men. More men have entered the “helping” professions and more women are in law enforcement, firefighting, the military, etc., than ever before. Service jobs traditionally held by women are increasing retirement benefits.  Trade sector union jobs traditionally held by men continue to have retirement plans, but those same jobs outside of unions do not.

There are 3 rules of property in a divorce.

1. Property you have before marriage is separate property.

2. Property you get during the marriage is community or marital property

3.  Inheritances and gifts, which are the separate property of the person who got the inheritance or gift. All income earned during the marriage is community or marital property.

My military wife client’s emotional argument was exactly correct as a legal argument as well. A retirement is a marital asset, earned as part of the income to the family. This is money that is foregone during the working years so that there is something in place at the end of the employee’s working life. Many times, the retirement is the most valuable marital asset. In a case where my client was a union contractor, his pension was valued at over $800,000 based on actuarial analysis.  By contrast, all of the rest of the marital assets combined were worth approximately $600,000 (house, business, vehicles, bank accounts, etc.).

Community property states treat pensions as community property. Equitable distribution states consider a pension marital property. That means that a pension is normally divisible in a divorce under either system under a variation of a rule called the “time rule,” which essentially says: the marital portion of the pension is the portion earned during the marriage.

Thus, if Wife works as a California schoolteacher, she will contribute to a plan called CalSTRS. If she was a teacher for 5 years before marriage, then works as a teacher for 10 years of marriage and then works for 5 more years after divorce, she has 5 years of premarital pension credit and 5 years of post-marital credit. The community has a 10-year interest in her 20-year pension. The community owns 50% of the CalSTRS pension; Wife owns 50% of the CalSTRS as her separate property. Wife is entitled to one-half of the community interest in the pension because she gets one-half of everything earned during the marriage. Therefore, she has 50% + 25% = 75% of the pension and Husband has a 25% interest when the pension is divided.

Pensions can have misleading values as well. A common mistake is to view the cash contribution portion of the pension as its value. The pension plan sends a quarterly statement that will show, for example, that there is $125,000 “in the pension.” But that is a cash-out number, meaning, if you took the cash rather than the monthly payment option, that is how much you would get. In effect, no one chooses that option because they expect to receive payments for long enough to earn more than the cash out portion. If you were to receive $5,000 per month, it would only take 25 months for you to receive more than the $125,000 lump sum. Most people bet on themselves and do not elect the lump sum cash out payment because the average lifespan is much longer than 25 months after eligibility for retirement.

Pensions are divided with a document called a Domestic Relations Order (DRO) after a Court judgment of decree of divorce. The most common type of DRO is a “Qualified DRO.” Lawyers get caught up in the lingo, calling them “Quadros,” just throwing the word around like anyone should know what it means and so many clients and potential clients are afraid to ask more detailed questions about it because it rolls off the tongue so easily that they think maybe everyone knows something about them, but Domestic Relations Orders (qualified or not) are actually a really complicated area of practice that almost no practicing trial lawyer truly understands. Don’t get caught up in the lingo. This is a relatively inexpensive document to have an expert prepare. Many experts will prepare them for less than $1,000. If you are dividing $1,200,000 for $1,000, that is the best deal you will get for your legal fees.

In short, a DRO is an order made by a court to divide assets, in this case a retirement asset. These orders have to be relatively specific in their terms to comply with Federal law. In practice, though, these are mostly form documents, the majority of which can be produced by an expert in an hour or two.

The most important thing to remember if you are divorcing and have or are married to someone with a pension is that it is not only a valuable asset, but most likely the most valuable asset in the marriage. There are many emotional arguments to be made on both sides about pensions, but these emotional arguments should be put aside in favor of a clean division of the asset by QDRO.

Jude Egan Ph.D., JD, is certified by the State Bar of California, Board of Legal Specialization, as a Certified Family Law Specialist. He was commended by the National Voluntary Organizations Active in Disaster for his work drafting the National Nonprofit Relief Framework for a policy paper ultimately adopted by the Centers for Disease Control. www.JudeEganLaw.com