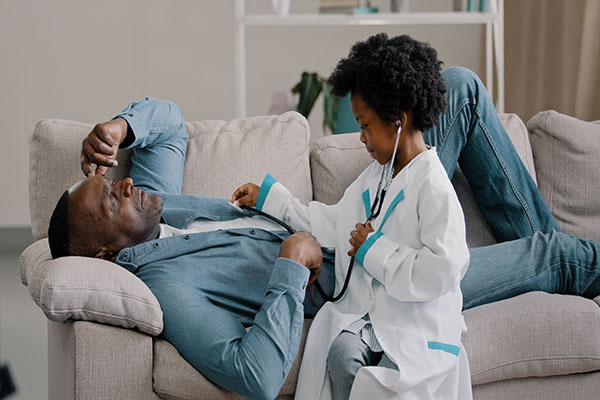 To help parents improve their co-parenting relationships, the Pennsylvania Bar Association (PBA) has produced a video titled, “Tips and Techniques for Effective Co-Parenting” to improve parenting relationships and outcomes for children. Co-parenting after a divorce can be tough. The video focuses on effective communication methods and uses scenarios to help parents understand and implement positive communication and behaviors with their co-parents.

Hundreds of thousands of married couples divorce every year, and the percentage of children living with unmarried parents has never been higher. Together, these two trends mean that a significant number of kids are growing up with parents who share custody and childcare duties between multiple households. Co-parenting can be challenging, especially when parents have separated or divorced and face ongoing feelings of hurt, anger, and resentment.

Divorce or separation can have profound and lasting impacts on kids of all ages, and co-parents must prioritize the psychological well-being of their children as they navigate potentially complicated relationships with their ex-partners. To address these challenges, conflict resolution experts have developed a technique for better co-parenting based on a framework known as the BIFF Response.

BIFF is an acronym for brief, informative, friendly, and firm, known as the four guiding principles for effective co-parenting that can reduce animosity and conflict. Developed by the High Conflict Institute in San Diego, CA, this type of response has proven to reduce friction in co-parenting relationships by providing short, helpful information in a friendly manner to avoid confusing situations.

When communicating with an ex about matters concerning the kids, co-parents should keep correspondence:

Brief – to avoid the chance of confusion, choose concise words and phrases to say what needs to be said. A brief written or verbal communication should ideally be two to five sentences and focus on problem-solving information.

Informative – to avoid deviating from arguments or insults by keeping the conversation centered around the logistics of the childcare arrangement. Parents should refrain from expressing their personal opinions about the other parent and choose to share only useful information.

Friendly – to maintain a sustainable co-parenting dynamic by practicing kindness and respect towards the other parent. A polite greeting, an absence of personal attacks, and a friendly comment to close the conversation, such as “have a great weekend!” can go a long way.

Firm – to assert the childcare matter that needs to be dealt with and each parent’s needs regarding the matter. Firm communication should offer clear next steps for both parents and reasonable timelines for action.

BIFF techniques can provide a foundation for ex-partners to navigate co-parenting after a divorce and a range of common co-parenting scenarios. Here are five examples of situations in which the BIFF method can be used for the benefit of the kids.

It’s Thanksgiving Day, and Parent 1 arrives to pick up the kids from Parent 2 a few minutes before the time specified in the custody agreement. In addition, Parent 1 wants to keep the kids later than usual to spend time with their extended family for the holidays.

This scenario could easily veer into unfriendly territory, with Parent 2 expressing frustration and hostility towards Parent 1 about the timing changes. However, BIFF could guide both parents towards a compromise that works for both, involving meeting in the middle about drop-off times.

Introducing Third Parties to the Kids

In this scenario, Parent 1 has started dating again and feels ready to introduce their new significant other to the kids. However, just because Parent 1 feels prepared doesn’t mean that Parent 2 feels comfortable with the kids meeting a new person, and this scenario could get complicated.

If Parent 1 introduces the kids to their significant other before Parent 2 feels ready, BIFF could help the co-parents come to a peaceful resolution. This would involve Parent 2 calmly expressing their discomfort and Parent 1 agreeing to initiate a conversation before making decisions for the kids moving forward.

Parent 1 feels upset about Parent 2’s mother conducting custody transitions for the kids instead of Parent 2. As a result, Parent 1 might decide to spam Parent 2 with angry text messages admonishing Parent 2 for not spending all their allotted custodial time with the kids.

Written communication, especially via text and email, makes it easy to vent anger and frustration without considering the most productive manner of communication to resolve the problem. An approach guided by BIFF could help Parent 1 demonstrate an understanding of Parent 2’s busy schedule and offer to help Parent 2 by picking the kids up from school on hectic days.

In this Scenario, Parent 1 has planned a birthday party for one of the kids without consulting Parent 2, but Parent 2 will be out of town for work and can’t make it to the party. So, Parent 2 now faces the tough decision of attending the birthday party or the work commitment.

Using BIFF, Parent 1 could have proactively reached out to Parent 2 about their plans and offered to alter them according to Parent 2’s needs so both parents could be there for their kids. Communicating well in advance of the party would also give Parent 2 time to reschedule the job interview if possible or let Parent 1 know an alternative party date that works around the interview.

Temporary Changes in the Custody Schedule

Parent 1 plans a last-minute vacation with the kids during Parent 2’s scheduled weekend and dictates the plan to Parent 2 without considering Parent 2’s needs or preferences. This situation might force Parent 2 to go on the defensive and even threaten legal action, given the nonconsensual change in the custody schedule.

Instead, Parent 1 could use BIFF to make a reasonable request for a change in the custody schedule by acknowledging the last-minute nature of the request and sharing the details of the vacation with Parent 2 before telling the kids. Parent 1 could also be flexible by adjusting their departure time so that Parent 2 could still have some time with the kids before the vacation and offering Parent 2 the option to add a make-up overnight with the kids to their vacation later in the year.

The BIFF Response is not a magic cure-all for hard feelings between separated or divorced parents having to co-parent after a divorce. However, it does provide a realistic, memorable, and widely applicable framework on which to base communication for the long-term well-being of the children.