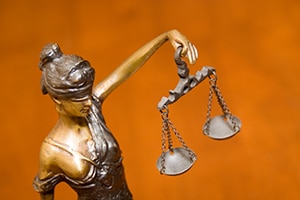 A new statute in New York provides for automatic temporary restraining orders against assets commencing with the filing and service of divorce papers. The state of New York is one of a number of states which have enacted, or tried to enact, such legislative provisions, such as California, Maine, Georgia, Oregon, Tennessee, Oklahoma, Connecticut, Colorado, Arizona, Illinois, and Rhode Island. These statutes, for the most part, appear to be allowed to take effect unchallenged. However, I believe there are serious constitutional issues that should be addressed. I successfully challenged the statute in Illinois, and I submit that similar challenges might be successful in other states.

In Mathews v. Eldridge, 424 U.S. 319, 96 S.Ct. 893, 47 L.Ed.2d 18 (1976), the United States Supreme Court held that “identification of the specific dictates of due process generally requires consideration of three distinct factors: First, the private interest that will be affected by the official action; second, the risk of an erroneous deprivation of such interest through the procedures used, and the probable value, if any, of additional or substitute procedural safeguards; and finally, the Government’s interest, including the function involved and the fiscal and administrative burdens that the additional or substitute procedural requirement would entail.” Mathews, 424 U.S. at 335, 96 S.Ct. at 903, 47 L.Ed.2d at 33. While this is generally framed as a procedural due process issue, as will be discussed, not all courts agree.

The Arizona version of the statute survived a constitutional challenge in Stone v. Godbehere, 894 F. 2d 1131 (9th Circuit 1990). In that case, the procedural due process argument failed because there was no allegation or evidence of a risk of erroneous deprivation, which is part of the test of Mathews v. Eldridge, supra. Also, the private interest was reduced because the statute only affected community property in which the other spouse had an interest. The Court’s due process analysis consisted of one page. Query, what if there is a factual or legal issue as to whether the property is community (marital) or separate (non-marital)?

Some of the statutes also contain a restraint against physical abuse and the removal of a child from the jurisdiction. The latter was successfully attacked in In Re Marriage of Finer, 893 P.2d 1381 (Colo. App. 1995). Actually, the statute itself was not attacked, but rather the Court’s refusal to schedule a hearing on a petition to modify the automatic injunction regarding a motion to remove the parties’ child from the state. It was held that the statute implicitly required the trial court to schedule a timely hearing on such a motion. Failure to do so was a violation of due process.

It was stated that the California version of the statute was required by due process to exclude transfer of the property for the usual course of business or for the necessities of life, in Gale v. Superior Court, 122 Cal. App. 4th 1388 (2004). The case does not explain why the statute itself satisfies due process; this case only dealt with the fact that a third party who did not have notice of the injunction was not restrained by it. A non-published, non-citable decision in California, In Re Marriage of Egedi, 2004 WL 113557 (Cal. App. 2 Dist.), upheld the statute, but the portion of the Opinion dealing with the automatic stay covers just one page. It briefly discusses that the husband, while he raised the issue in the trial court, did not brief it, and the trial court noted there were no reported cases concerning the constitutionality of the statute. The Court of Appeals affirmed, stating that the creditor/debtor cases cited by the husband on appeal were distinguishable. That marriage was an extraordinary contract, and that the provision satisfied the state’s interest in protecting the rights of both parties to property. It was also held that either party could seek relief from the court from the automatic order. It was also noted that the clause exempting transactions in the usual course of business or for necessities of life responded to the over breadth argument made by the husband. Messenger v. Edgar, infra, was not cited.

The Attorney General for the state of Tennessee in Opinion No. 03-117 ruled that the temporary injunction is constitutional, but did not address due process concerns. The question raised was because it conflicted with other statutory provisions.

The Automatic Dissolution Stay, Section 501.1(a)(1) of the Illinois Marriage and Dissolution of Marriage Act (750 ILCS 5/501.1), providing for the automatic restraint against transferring, encumbering or disposing of any property without bond, was declared unconstitutional by a lower court in a decision which was affirmed by the Supreme Court of Illinois without dissent. Messenger v. Edgar, 157 Ill.2d 162, 623 N.E.2d 310 (Ill.1993). I presented the constitutional challenge.

My client’s position was not a popular one. I was told that the automatic injunction was a time saver for the courts and could protect attorneys from malpractice claims for failure to obtain injunctive relief. The State of Illinois, as well as the Illinois State Bar Association, and the American Academy of Matrimonial Lawyers as “friends of the court,” argued that the “stay” was not actually an injunction and therefore that our due process analysis was not appropriate. They argued that this case was similar to Bank of Aspen v. Fox Cartage, Inc., 126 Ill.2d 307 (1989), which held that the restraining provision of a citation to discover assets issued to a third party was merely notice, not an injunction. The Court held the case in point to be “markedly different” from the provisions at issue in Bank of Aspen, in that Section 501.1(a)(1), deals with the transfer, not of another person’s property, but one’s own.

The Illinois Supreme Court decided the case on substantive due process grounds, holding that the restraining provision was overbroad because it automatically restrained a party’s non-marital property as well as marital property (unlike the Arizona statute upheld in Stone, supra). The opinion said that, “by virtue of the excessively broad sweep of this section to include a restraint affecting property that cannot be considered in any way a marital asset, the means adopted by the legislature is not a rational means of accomplishing its purpose.” In addition, there are at least five respects in which I maintained the statute violated procedural due process:

Although many had referred to this statute as an important expression of public policy, the public policy of Illinois is to be found in its constitution. Hyatte v. Quinn, 607 N.E.2d 321 (2d Dist.1993). No matter what the purported public policy, there is no excuse for violating due process rights. See e.g., People ex.rel. Brazen v. Finley, 146 Ill.App.3d 750 (1st Dist.1986)(rule requiring plaintiff’s lawyer to submit affidavit, purpose of which was to shield the public from unethical solicitation by over-reaching attorneys, although well-intentioned, was violative of constitution).

The Illinois Supreme Court did not have to reach my separation of powers argument, although the trial court had ruled that the statute was also violative of that doctrine because granting injunctions is the province of the courts, not the legislature. I believe that this is also a legitimate issue which needs to be addressed when dealing with such legislative injunctions.

In my view, a dissolution action stay, no matter how drafted, cannot avoid substantial constitutional infirmities. Most practitioners in these other states which have such statutes are probably unaware of the Illinois Supreme Court’s landmark ruling in Messenger.