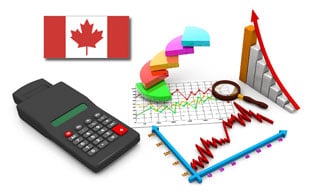 There were 70,226 divorces in Canada in 2008, or a crude divorce rate
of 21.1 divorces per 10,000 population (Table 2, below). Historical patterns
in the number and rates of divorces are primarily associated with
legislative changes. For much of the 20th Century, there were few
divorces given existing social norms and restrictive grounds for
divorce. Over the last century, the number of divorces peaked following
the 1968 Divorce Act, which introduced ‘no fault’ divorce based on
separation of three years or more. In 1986, the Divorce Act was amended
to reduce the separation requirement to one year or more. The
following year, in 1987, there was a record high of 96,200 divorces and a
crude rate of 36.4 divorces per 10,000 population. For about the last
twenty years, the number of divorces and the crude divorce rates have
been fairly stable.

Similar to the fluctuation in the number of divorces and the crude
divorce rate at the national level from year to year, this also occurs
at the provincial and territorial level. Few divorces occur in the
territories where the populations are relatively small, resulting in
greater annual variation.

In Canada, the average duration of marriage for persons who
finalized their divorce in 2008 was 13.7 years (Table 3). The average
duration was shortest in Saskatchewan and the Northwest Territories
(13.1 years) and longest in New Brunswick (15.6 years), as well as
Newfoundland and Labrador and Nova Scotia (15.5 years each).