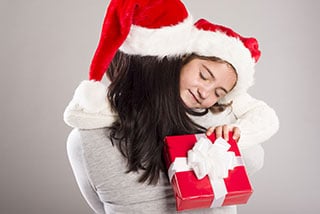 For divorced and separated families, the upcoming holidays can be filled with dread instead of joy. Too often, children are caught in the stressful battle between separated parents, who haven’t realized they need to come up with new ways to make memories.

There are countless issues that lead to arguments during the season, including:

The uncertainty and stress of being in a separated or divorced family can cause minor disagreements to quickly escalate into major arguments – a tug-of-war between parents. But there are ways to avoid conflict over the holidays, and it starts with working with the other parent. Yes, deciding logistics and other issues with the other parent can be done. (Quick tip: remember you’re doing it for your children.) Here are six holiday survival tips to make things easier – for separated or divorced parents as well as their children – during the holiday season.

It is imperative to create a plan ahead of time that includes when and where your children will be. Having everything outlined eliminates the chance of unexpected surprises. Confirm the plan in writing via text message or email. Don’t forget to keep the kids updated in order to prevent any anxiety they might feel from being kept out of the loop. This is also extremely helpful in blended families, where each parent may have children from previous marriages, and the comings and goings are constant. Vacations with children should be proposed, discussed and worked out far in advance.

An often unspoken problem divorced parents face is the desire to outdo the other. A gifting competition is a no-win proposition, often leaving you in debt, overwhelmed and hurt. Too often, we hear about a parent who buys a dog for their child, even though they know the pet will not be able to live at the other parent’s house. Yes, children may love the gift, but it isn’t worth added stress on the child.

Maintain your composure and remain civil and businesslike with the other parent. Remember your children still love them, and speaking rudely about the other parent in front of your children will upset them and exacerbate their stress. Make sure their aunts, uncles and grandparents follow the same rules. Children would rather feel at peace, so avoid the bickering. Otherwise, when they grow older, they might not want to visit.

After a divorce or separation, there is often a mixture of negative emotions: sadness, anger and disappointment. Make sure you listen to your children’s concerns and let them know that it is okay to share these emotions. Letting them vent can be a big help.

It’s a new chapter, meaning now is the time for new, unique holiday traditions. Instead of decorating the Christmas tree, going caroling or hanging holiday lights (which you may have done with both parents in the past), begin a family game night, run a 5k or volunteer to feed the homeless with your children. New traditions helps kids focus on the fun, alleviate their stress and makes the season special.

Holiday Survival Tip 6: Give Yourself the Gift of Happiness

Divorced or separated parents may feel sad, alone, and stressed over the holidays. Occasionally, because of the established visitation schedule, a parent might find they have more free time that they know what to do with when their child is with the other parent. Your children are learning to adapt to their new schedule, and you’ll need to adapt as well. Use this free time to do something special or create a tradition for yourself. This could be anything from a night out with friends to volunteering at an animal shelter – whatever makes you happy. By prioritizing your happiness, you will be more upbeat during the time you get to spend with your children for the holidays.