Sheila Blagg is a certified Divorce Mediator through the Ohio Supreme Court & the founder of Divorce 2 Dating, the first social networking site for individuals navigating a divorce. Divorce played a large part in Sheila’s own life. Her parents divorced when she was two, leaving Sheila to be raised by her single father. After suffering emotional and mental abuse at the hands of the man she married, Sheila's first marriage ended in divorce. “Deep inside, I knew that life was supposed to be different; I knew that I was supposed to do something great with my life,” Sheila says. In her early thirties, Sheila found herself a divorced mother of two young children. Sheila decided to go back to college to achieve her degree. Since Sheila is dyslexic, she knew that this decision would present some challenge but was determined to create a life for herself and her children.
After graduating from the Ohio Center of Broadcasting, she then attended Tri-C to complete her Public Relations degree. "Going through my divorce, I discovered the lack of resources that would guide me through the divorce process and provide support and advice without the pressure of dating ( until I was ready to date). I wanted to talk to people who had been there and who wouldn't judge or lay blame." After years of research, Sheila Blagg created Divorce 2 Dating, a social networking website for separated or divorced individuals. Blagg has over 10 years experience dealing with separation, divorce, dating after divorce, blended families, and dealing with the stress of the ex.
Blagg's effort has been recognized by WEWS channel 5, WOIO Channel 19, and WKYC channel 3. One talk show host was quoted as saying, " I wish something like this was around when I was going through my divorce." Blagg's blogs on the subjects of divorce and dating after divorce have been featured in Galtime, Lioness, and Since my Divorce, just to name a few. Blagg was featured in the "creating change" issue of Lioness Magazine. An important aspect of her life is that Sheila is remarried. Combined, Sheila and her husband have five children. When asking Blagg what she's found in her second marriage that she didn't have in her first, she simply replies, "WINGS." 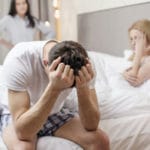 Studies show that nearly 57% of men and 54% of women will commit adultery at some point during their marriage. This majority is astonishing. I was also astonished to discover how universal some of the motivations are behind the drive for cheating. When it comes to adultery, you are sure to come across a variety […] So many singles in the dating scene develop a kind of tunnel vision, zeroing in on one—and only one—goal. For some people, that’s finding a “soul mate” to marry and spend the rest of their life with. For others, it’s simply having a series of flings or good times.   Understand that neither of these […]