Ms. DeTorres is the managing partner and co-founder of DeTorres & DeGeorge Family Law with offices in Morristown and Clinton, New Jersey. The firm prides itself on settling 99% of all divorce cases without going to court in about half the time of the statewide average. Rosanne DeTorres is one of 150 attorneys in the State of NJ that is certified by the NJ Supreme Court as a Matrimonial Law Attorney. Ms. DeTorres was named to the NJ Super Lawyers List for 2015 to 2020. Her firm was named one of the Top 500 fastest growing law firms in the U.S. by Law Firm 500. In 2017, Ms. DeTorres was named a Top 25 Leading Women Entrepreneur and in 2018, an Enterprising Woman Champion. She received the Mary Mullholland Award for Community Service in 2018 as well as the Delta Dental Small Business Award from the Morris County Chamber of Commerce. In 2019, Ms. DeTorres received the Woman of Achievement Award from M&T Bank. 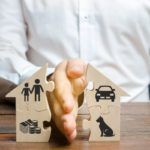 Legal separation in New Jersey doesn’t really exist. If you want to separate from your spouse, you can do so, and you don’t need an agreement to do that; but if you have children and you want to leave the marital home, you cannot take the children with you unless you have your spouse’s consent or permission from the court. One of the most misunderstood aspects of family law is how alimony is calculated.  In some states, there is simply a formula that is utilized.  However, in New Jersey, it is much more fact-specific. While there are a number of questions that you should ask a family attorney prior to hiring them, below are three things that you must ask before making a decision about your representation. 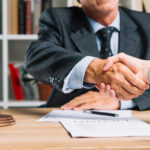 Solutions, referrals, and realistic goals. All family law attorneys should be offering these three things to clients. It is better for clients to make their own decisions about what’s best for their children rather than “the stranger in the black robe.” There are many things to consider when deciding to file for divorce – but these three could have the greatest impact on your life.