Make today the day to stop saying No because of what has happened; choose Yes because you owe it to yourself to thrive after divorce! As I reflected, I realized that I made tons of sacrifices when I was married. I compromised and gave up on things that I believed would make my marriage work. When I divorced, I placed many limitations on how far I could go. I allowed my divorce and being a single mom as excuses for many things. I believed that there was a ceiling on my life and, because of that thought pattern, I didn't go any further than what my limited belief system would allow.

Never Let a Limited Belief System Hold You Back After Divorce

I settled for mediocre relationships and even jobs because I believed that was all I could get. Anything that was greater than my beliefs would permit created constant "reasons" why I couldn't have it or thoughts of "Who am I to have it?" That limited belief system caused me to stay in a cycle for four years post-divorce. The same things kept occurring and the only thing changing was the year, my age and time. When I finally woke up from taking inventory of mediocre patterns in my life, I got exactly what I believed I was only deserving of. I never even gave myself permission to want or go after anything more than what I received. I had already said no before given the opportunity!

Because of my Limited Belief System, I Said No to a Better Life

No to better relationships! No to abundance! No to real love! What can come from a limited belief system that makes you say "No" to opportunities and new possibilities? Nothing but what you're currently getting – if not less. The more you say "no," the more your life contracts After seeing that my life was only an indication of what I believed, I decided to do something differently. I made a choice of saying "yes" to me. I renewed a new vow to myself. When getting married, you're saying yes to this person for life. You're saying yes to love, honor and cherish this individual through better and worse. One of the reasons why divorce hurts so badly is because you made a vow. You made a promise and because it didn't turn out as planned, you can easily believe nothing else will but that's far from the truth. We often confuse being divorced as who we are when it's only an experience we've been through. This confusion causes you to settle and create a limited belief.

What Have you Said "Yes" to Since Your Divorce? 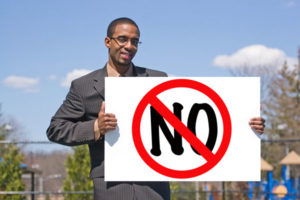 I'm not talking about the Yes of familiarity and comfort. I'm referring to the Yes that scares you because deep down you know that's what truly you want. It's this type of Yes that stretches you! Have you ever wondered what life would be like if you said Yes to yourself? How would it look if you chose to love, honor, cherish, and respect yourself through thick and thin? There is power in the word "Yes." Yes creates blessings! It opens doors that the word "no" cannot do. It pushes you out of your comfort zone. It builds healthy relationships. It creates the possibility of experiencing real love. It creates an optimistic mindset. It becomes your superpower! I challenge you to write down all the things you've said no to because of your limiting beliefs – and next to those things, write down what are the possibilities if you decided to say "Yes!" instead. Your mind is your most powerful asset. It will drive you to the "Yeses" – of the "Nos" – you choose for your life. It will give you what you want or what you don't want because of what you believe. Do you have a limited belief system? Deep down what has your belief system been stopping you from doing, having, and being? Has it been filled with thoughts of the impossible or possible? The "I can't" or "I can"? The "I will" or "I won't". It's not enough to just say it: it's what you believe that's going to direct your thoughts and actions. Make today the day to stop saying "No" because of what has happened to you. Choose yes because it happened – and because you owe it to yourself to thrive after divorce!