As a CPA who has counseled many couples, I’ve seen this formula before. 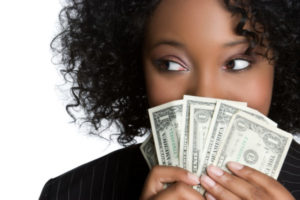 Last week, I was filming a video with Vicki Gunvalson, the star of the original Real Housewives of Orange County who’s returning in June for a spinoff called The Real Housewives Ultimate Girls Trip. I’m a CPA and financial author, not a reality TV star. So, what was I doing there? Well, we weren’t insulting each other or throwing wine glasses. Instead, we were calmly talking about divorce. Vicki Gunvalson is more than the woman you see on television. She’s a savvy business owner who’s incredibly down to earth. When it comes to divorce and narcissism, Vicki is the victim, not the perpetrator.

Money Problems Plus Narcissism: a Recipe for Divorce

This is a crucial point: in a divorce, it’s not always easy to spot the narcissist. I find that most people believe the more outgoing ex-partner is the narcissistic one. In other words, they equate confidence with arrogance and shyness with fairness. When I’ve counseled divorcing couples, the narcissist is often the quiet one. A divorce is a long-running theater production for narcissists to show off their repertoire of acting skills. The best ones play to their audience – which consists of judges, lawyers, and financial counselors like me. You might think a financial counselor has it easy. Money is just math, so I shouldn’t even worry about identifying the narcissist, right? Sadly, that’s not true. As I’ve learned over the past three decades, money is emotional. You fight about money not just because it can buy things, but because many of those things can provide security and independence for you. Narcissists want to control things and people. Money offers the leverage to do both. If narcissists don’t have the money, they use their tricks and charms to get it.

Vicki Gunvalson has been divorced twice – and both took tolls on her in very different ways. She’s publicly stated that she left her first husband in 1992 because "He was an alcoholic. He abused me verbally. He had many affairs." This was before Vicki debuted on the Real Housewives of Orange County in 2006, but she already had experience with someone who tried to manipulate her. She even went to counseling on her own, she told Bravo TV: “I remember the counselor sitting across from me and telling me that I cannot change anyone but myself. I have the power to change if I want to, but I cannot change anyone else. … I tried to get him to stop drinking, to stop smoking, and to come home after work instead of going to the bar. When I realized I couldn't change him, I knew it was time to get divorced, because I couldn't live with who he was.” Vicki’s second marriage to Donn Gunvalson ended with her owing him alimony since she runs a very successful business called Coto Insurance & Financial Services. “​​I paid more to him than he did to me because I had the business,” Vicki recalls. “That's hurtful and that's hard.” I’m certainly not saying Vicki’s two ex-husbands were narcissists because I’ve never met either one of them. I can only tell you this: after a long video shoot and then dinner with Vicki, it’s obvious that she’s not a narcissist. For one thing, narcissists never admit they’re wrong, and Vicki does. She told US Magazine, “I think if I had to do it all over again, I would not have divorced Donn.” According to 16 Signs You’re Married to a Narcissist by Dr. Tarra Bates-Duford, “It is never their fault, it is always someone else’s fault.” However, other signs are “impatient” and “charming or otherwise engaging” – which also describe Vicki if you only knew her from her TV career. This is just a very long way of saying that narcissism isn’t always easy to spot. Thankfully, it’s easy to deal with in a divorce – if you stay sharp.

What to Do If You’re Divorcing a Narcissist

Now that we’ve established that narcissists can be harder to identify than you might think, what should you do if you’re divorcing one who knows how to play against type? If your narcissist has studied those 16 signs and pretends not to exhibit any of them, your best defense is…a good defense. You can’t attack a narcissist and win because that’s exactly what they want. If they can make you emotional, then they will use that to win the material gains they seek. Instead, share your concerns and observations with your divorce lawyer. A good divorce lawyer will flip the script and use your ex’s narcissism against them. Narcissists are smooth operators when they’re in control. If you can disrupt that control even a little, you have an edge. If your lawyer doesn’t take your soon-to-be-ex’s narcissism seriously, consider finding another lawyer. Just as money isn’t just math, divorce isn’t just legal. It’s very emotional, and your emotional and mental health need to be factored into any plans you make to separate yourself from this toxic personality.

Now let’s talk about money. You should consult a financial professional at the same time you’re consulting with your lawyer. You should share your suspicions of narcissism because splitting assets – and debts – can play out differently when one soon-to-be-ex-spouse is willing to go beyond usual and ethical negotiations. If you’re not ready for your own financial consultant, you can take a baby step by receiving a free debt analysis from Debt.com. It’s just one phone call, although it dives deep into your financial outlook. From there, you’ll have a roadmap for navigating around a narcissist who’s targeting your money as well as your emotions. Howard Dvorkin is chairman of Debt.com and author of two books: Credit Hell: How to Dig Out of Debt and Power Up: Taking Charge of Your Financial Destiny). He’s founded and funded businesses that help Americans get out of debt – and stay out. www.debt.com