As the Census Bureau considers whether it will stop collecting data related to marriage and divorce, experts and the American public voice the importance of continuing to do so. 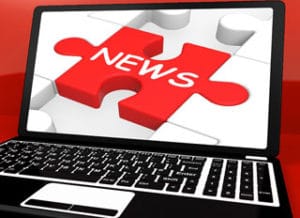 Is the public truly concerned with the current divorce rate in America? Not by what the rising divorce rate can tell us about modern society, but whether or not those statistics should continue to be collected as part of the American Community Survey (ACS). That was the question asked by the U.S. Census Bureau after its recent proposal to remove a number of questions related to divorce and marriage from the ACS.

The Benefits of Knowing the Divorce Rate

The divorce rate does matter, according to many experts. After all, the information collected by the Census Bureau can help inform government policies, such as those related to Social Security, and play an important role in social and economic research.

Without the inclusion of these questions on the ACS, researchers would have incomplete data about the divorce rate, income inequality, and the social and economic changes experienced by Americans. Although the Census Bureau isn’t the only source of information about America’s marital status, it is the most reliable and up-to-date way to track the divorce rate.

All marriages and divorces must be processed through court, but not all states report the data collected by their courts. California is among the states that do not supply data on divorce. According to D’Vera Cohn, who studies demographics at the Pew Research Center, the divorce statistics missing from states that do not provide divorce and marriage data account for 20% of the U.S. population.

A Strong Push to Continue Tracking the American Divorce Rate

The Census Bureau opened its proposal to remove divorce-related questions up to the public and has reportedly received hundreds of fervent responses from the American public. Although the Census Bureau is considering whether marriage-related questions belong in the “low benefit and low cost category,” many members of the general public echo the beliefs of experts who support continuing to track the divorce rate.

It’s unusual to have an issue on which “academic researchers—many of whom are perhaps liberal” agree with “socially conservative groups that use marriage data for an advocacy agenda”, explained Crohn. But that’s exactly what is happening in response to the Census Bureau’s proposal.

The Office of Management Budget will make a decision as to whether the divorce-related questions are kept on the survey and any changes will take effect in 2016.