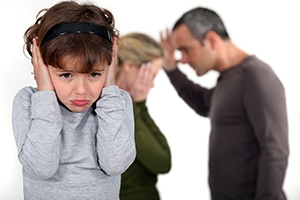 In recent years, the general public and legal community have become much more sensitive to the issues of children’s involvement in the legal system in the areas of divorce, custody, visitation, support, and paternity. All states have statutes that provide for appointment of a guardian or attorney for the child. Illinois is one of three states whose statute permits the court to appoint an attorney for the child, a guardian ad litem, or an attorney to serve in both capacities, commonly referred to as a Child’s Representative.

Attorney — the appointment would occur when the court expects the attorney to act in the traditional role expected of all attorneys. The attorney acts as an advocate for the child. He or she should pursue the goals of and may take directions from the child client. The child’s communications with the attorney are privileged and not subject to discovery. The attorney participates fully in the legal proceedings, which include calling witnesses, conducting cross-examinations, and participating in formal discovery.

Guardian Ad Litem — the guardian, on the other hand, is an investigator and reporter to the court. The guardian is bound to determine and advocate for the child client’s best interest, which can be at odds with the child’s preference. The guardian can be called as a witness in the case and cross-examined on his or her recommendations. The child’s communications with the guardian are not privileged, and the guardian does not participate in the proceedings before the court (i.e. he cannot file pleadings or engage in discovery).

Jeffrey W. Brend is a CPA and family-law attorney practicing with Chicago law firm Levin & Brend, P.C. He is the only person in the country affiliated with both the American Academy of Matrimonial Lawyers and the American Society of Appraisers.